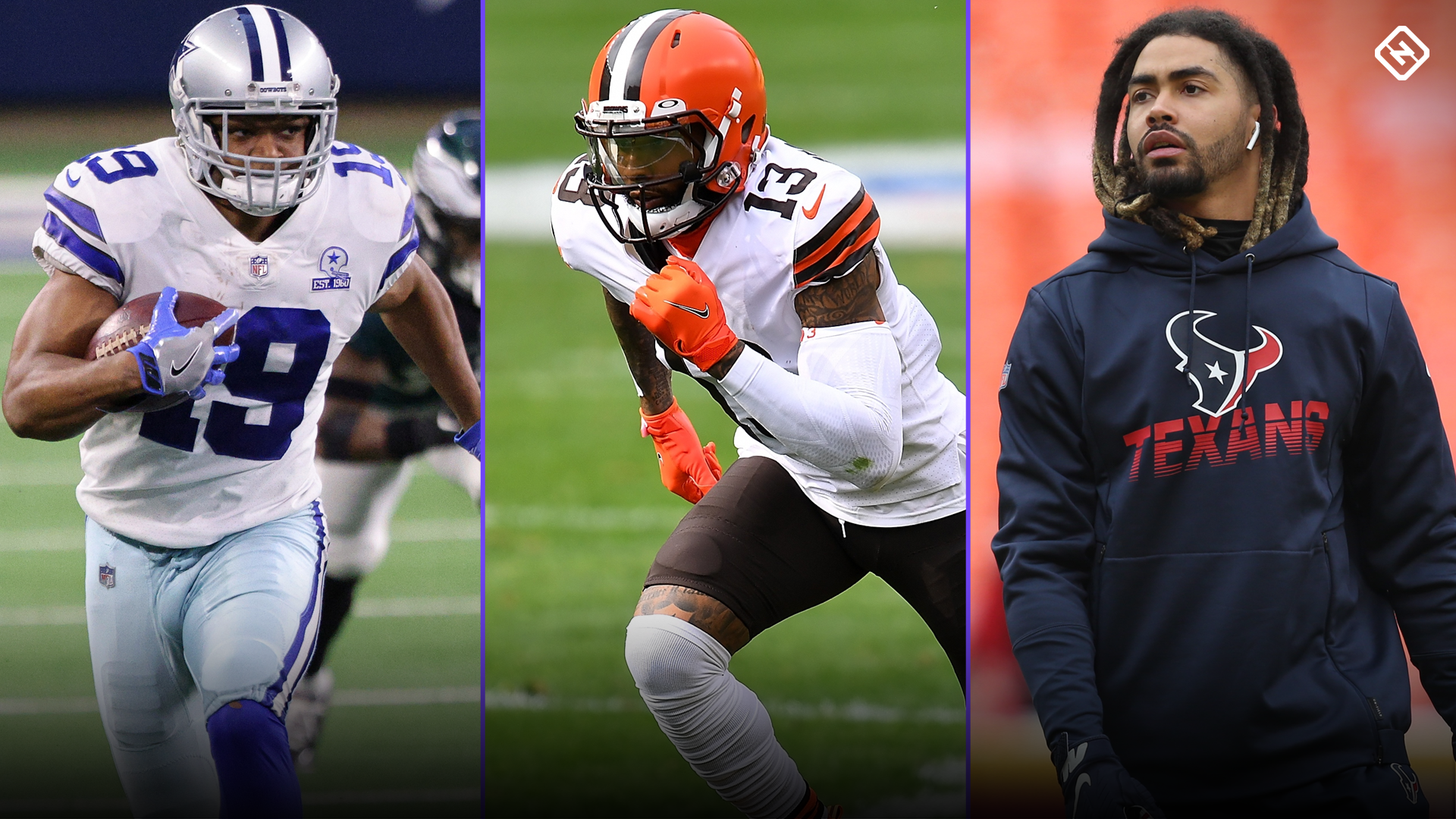 Pass-catchers Odell Beckham Jr., Will Fuller, and Evan Engram were all inactive last week but all look on track to suit up in Week 3. Amari Cooper was injured late in his Week 2 game, so we’ll have to monitor him moving forward. We’ll provide the latest news here and do our best to figure out who will benefit in fantasy if any of these pass-catchers are inactive in Week 3. Injuries always affect rankings, so be sure to check our updated rankings if one or more of these players’ statuses head south.

Cooper suffered bruised ribs in Week 2 (@ Chargers), but he was able to walk off the field on his own and didn’t require medical attention beyond a quick checkup. For now, his injury is of almost zero concern and should not affect his availability or quality of play. Keep an eye on him moving forward, but it doesn’t look like there’s a cause for worry at this time.

Jerry Jones has said he “hopes Cooper can play” on Monday against Philadelphia, but this feels more like a smoke-screen heading into a game. We’ll update this further if things change. If he does suffer a setback, CeeDee Lamb should be buried in targets, while Cedrick Wilson and the tight ends will get increased roles in the offense.

For Week 3, Cooper is our WR21 in standard and WR19 in PPR leagues. The Eagles’ defense has looked impressive through the first two weeks of the season, but Cooper is still a must-start, even after a down week.

While we can’t know for sure yet if Beckham (knee) is going to suit up for Week 3 (vs. Bears), all signs point in that direction. According to Cleveland.com, he has a “good chance” to play. The Browns could really use him, as Jarvis Landry is dealing with an MCL sprain that will sideline him for a few weeks. If OBJ does miss again, Austin Hooper and David Njoku are probably the ones who benefit the most in fantasy, but Anthony Schwartz, Rashard Higgins, and Donovan Peoples-Jones are the next WRs on the depth chart.

That said, we must temper expectations for Beckham’s first action. On top of that, the Browns remain a run-first team and won’t lose sleep over Beckham grabbing very few targets. The Bears’ defense looked awful against the Rams but looked solid vs. Cincinnati, so it’s tough to know how good they are on that side of the ball. Beckham comes in at WR40 in PPR and in standard leagues in our Week 3 WR rankings, although he does have the talent to be a game-changer as soon as he steps on the field.

Is Will Fuller playing in Week 3?

After missing Week 1 for a PED suspension and Week 2 for a personal matter, Fuller looks poised to start his Dolphins’ career at Las Vegas in Week 3. We’ll have to continue to monitor Tua Tagovailoa’s rib injury, but his X-Rays came back negative, so his availability is to be determined.

That said, Fuller takes a slight bump down in rankings if Tua is inactive and Jacoby Brissett is starting for Miami. We currently rank Dolphins’ pass-catchers as if Brissett will be the guy, so while they don’t fall dramatically, they do fall a little bit. For Week 3, Fuller is the WR51 in standard and WR53 in PPR. All it would take is a long touchdown for him to crush those rankings, but it’s tough to justify putting him ahead of some of the guys he trails with all the uncertainty surrounding his situation.

Is Evan Engram playing in Week 3?

There aren’t a ton of updates on Engram (calf) just yet, but he’s progressing and was close to playing in Week 2. For now, we speculate that he will play, but keep an eye out for further updates. Oddly enough, he might be a guy to target in DFS. Daniel Jones has looked pretty solid this year, and Engram is dirt cheap in DFS going against the Falcons defense. Atlanta has already given up three touchdowns to tight ends through the first two games, so it might be worth a shot.

We ranked Engram as he will be active in Week 3. He’s our TE18 in standard leagues and TE16 in PPR. It may seem high, but tight end production has been putrid over the first two weeks, even more than we expected.