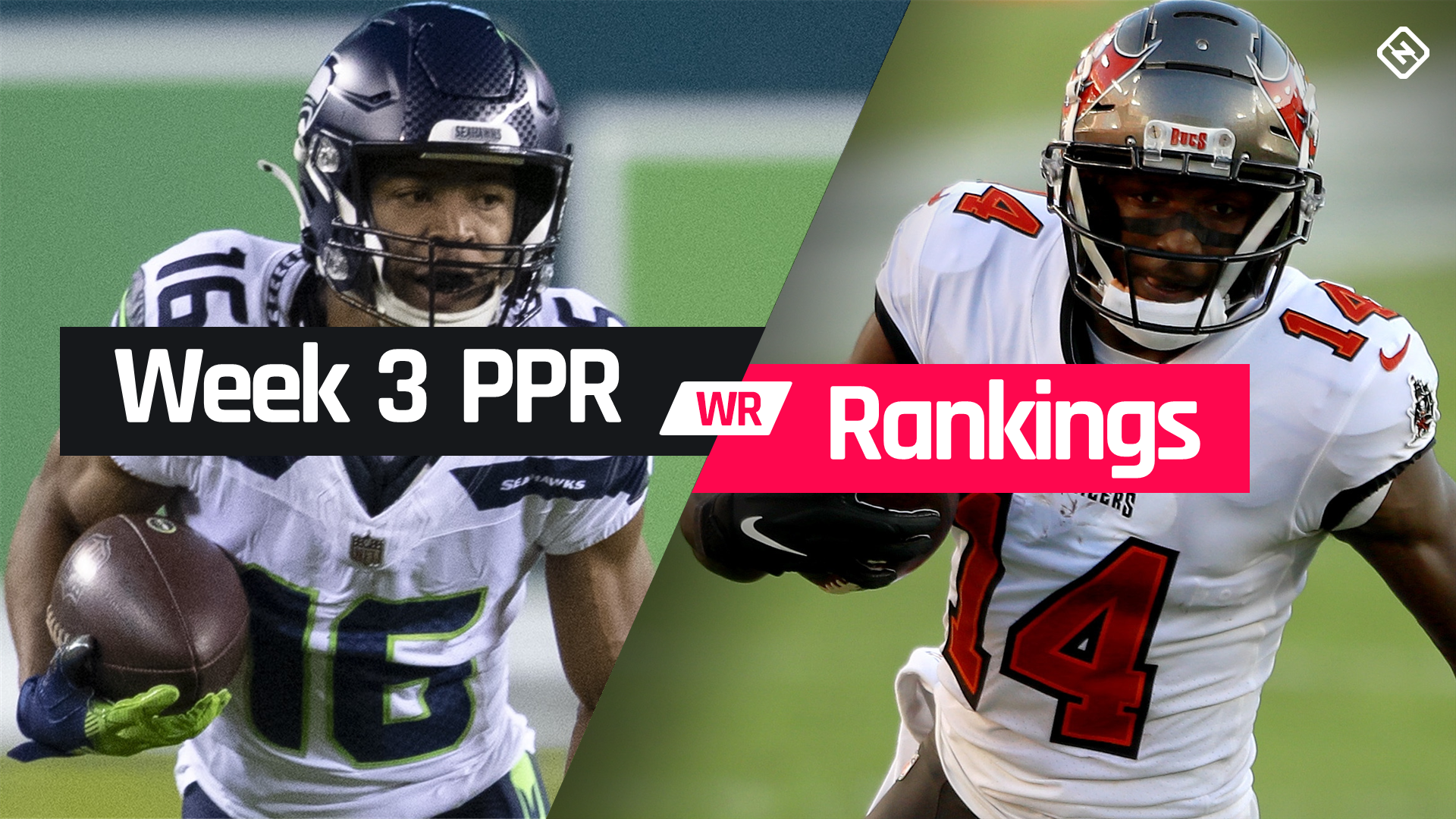 PPR leagues can be a little more predictable than standard leagues, though with wide receivers, touchdowns can still make a huge difference. Our Week 3 fantasy WR PPR rankings aren’t all that different from our standard set, that’s partly because we’re still learning which receivers will be consistent targets and which defenses will continue having problems stopping the pass. We still can’t fully commit to relying on stats from previous games, especially with so many QBs getting hurt last week, but we’re at least getting a better feel for how teams will divvy up looks, which is probably the most important thing when figuring out who to start at WR.

As always, there are several receivers who shine more in PPR leagues. JuJu Smith Schuster and Diontae Johnson had seven and 12 targets, respectively, in Week 2 and will remain solid PPR options vs. the Bengals. However, Johnson injured his knee on the final play of Week 2, so we’ll have to watch that moving forward. If he’s out, James Washington would become an interesting flex option in PPR. Sterling Shepard (vs. Atlanta) has emerged big time for Daniel Jones, as he’s drawn 19 targets in the Giants’ first two games. Shepard might start to draw most of the defensive attention, so Kenny Golladay could sneak up on a weak Falcons’ pass defense and produce a respectable fantasy performance. Both are in play given the matchup. Jalen Reagor (@ Dallas) and Tim Patrick (vs. Jets) look like fine PPR plays in Week 3, as well. Both have good matchups and are getting more targets than expected. Patrick is a hot waiver wire add once again with Jerry Jeudy (ankle) sidelined for at least a month.

It’s tough to say who Jalen Ramsey will be in charge of shutting down for Tampa Bay, but Chris Godwin feels like the safest option to play in PPR leagues. If Ramsey does shadow him, that’s tough luck, but we have no way of knowing exactly who he will be assigned to. If there’s any week to avoid Mike Evans, it might be this one. He’s already a scary play in PPR, and just the threat of being guarded by Ramsey makes him a bust candidate. Of course, Michael Pittman and Zach Pascal both had decent games against the Rams last week, so anything is possible. Both of those receivers would be play this week against Tennessee, but if Jacob Eason starts, it would put a serious damper on their outlooks.

Bengals’ WRs have a tall task in Pittsburgh, and it looks like Cincinnati’s talented trio will play musical chairs each week as to who will be the top option. It was Ja’Marr Chase in Week 1 as the top dog, but Tee Higgins and Tyler Boyd both outproduced him in Week 2 in terms of catches and yards, but Chase did get into the end zone. At least one of them will be productive, but we can’t tell who that will be at this point. Either way, Boyd moves up in PPR, but he might have the lowest ceiling.

The Dolphins have two good cornerbacks, so Bryan Edwards and Henry Ruggs III look like guys who should be benched, despite some flashes that they might be on the brink of emerging in fantasy football. Hunter Renfrow probably has the highest PPR floor for the Raiders, though he’s just a borderline flex, at best. Julio Jones (vs Colts) isn’t the hottest name in PPR leagues, and although the Colts defense has looked mortal, they’ve played two great offenses and shut down DK Metcalf until late in the game in Week 1 and shut down Robert Woods in Week 2. Jones is merely on the start-sit bubble, but he’s tough to sit. The same goes for Odell Beckham Jr. if he plays, though he would get a bump if Jarvis Landry (knee) is out against the Bears.

Rondale Moore and Christian Kirk (@ Jaguars) both get matchup bumps, but that’s also true for the receivers on the other side of that game (DJ Chark, Marvin Jones, Laviska Shenault). Shenault is dealing with a shoulder injury, though, so tread lightly with him. Jakobi Meyers (vs. Saints), Darnell Mooney (@ Browns), and K.J. Osborn (vs. Seahawks) get their customary bumps in PPR leagues, putting all in the flex range.

Ultimately, we’re largely still looking at matchups and talent, and it will take at least another week to really feel comfortable about matchup and target numbers. Obviously, we’re can spot some obvious risers and fallers, but Week 3 is always a bit of a guessing game — and QB injuries are only make things worse. Because of that, our rankings will likely get a few face lifts before the end of the week.

We’ll be updating these WR PPR rankings as needed throughout the week, so check back for the latest changes and analysis.

Rankings are based on full-point PPR scoring formats