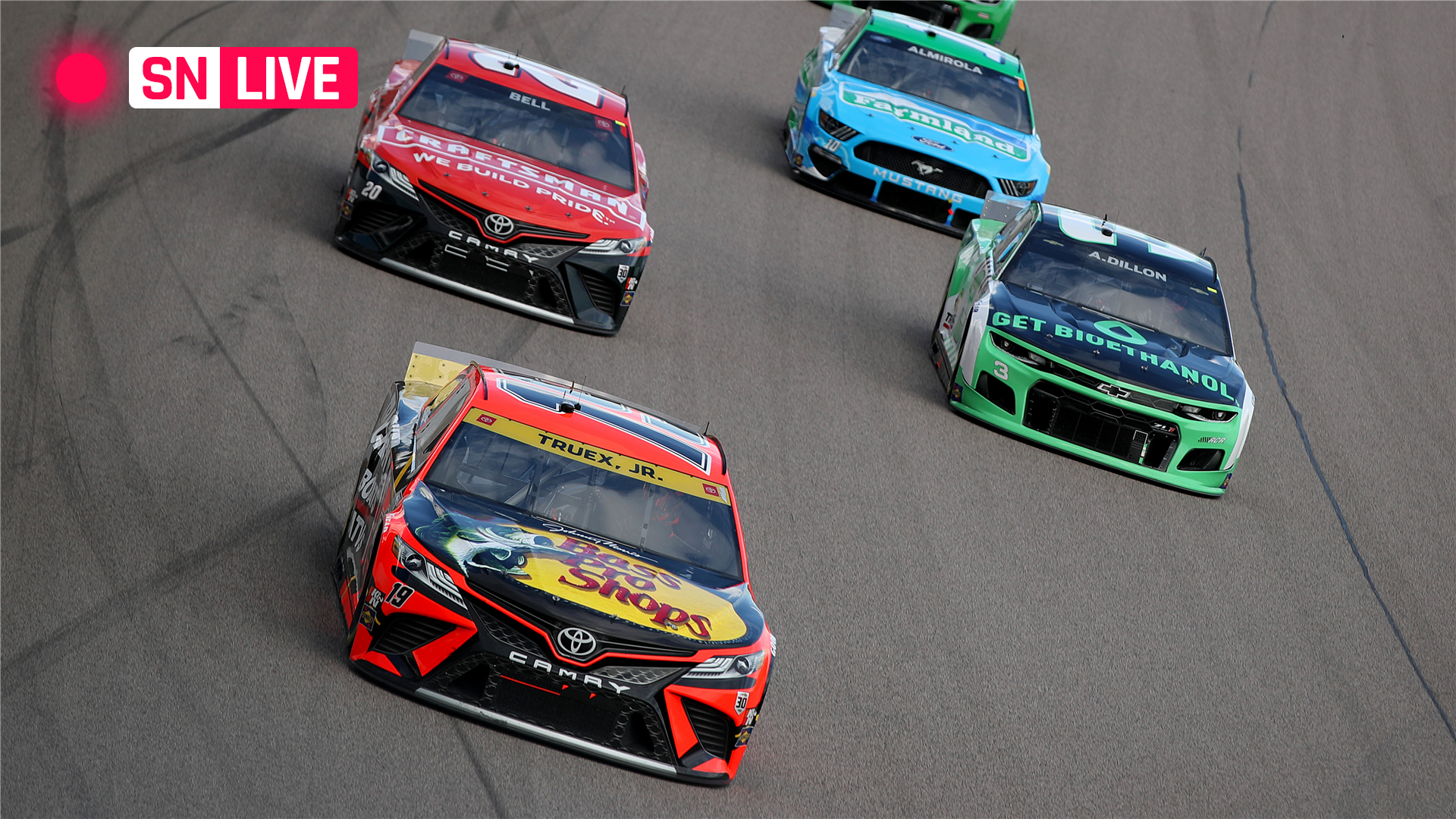 Last week in Kansas, there were seven drivers competing for the final three spots in the Championship 4. Then, Kyle Larson, who already punched his ticket, won at Kansas and prevented another driver from clinching automatically.

So that means this week at Martinsville, there’ll yet again be seven drivers competing for just the final three spots in the Championship 4. The race for the second and third spot in the standings is separated by just two points between Chase Elliott and Denny Hamlin. However, they have a comfortable lead — 31 points — over the current fourth place driver, Kyle Busch.

Any one of those drivers could make the point differential moot with a win, though Larson’s won three races in a row, including the last two Round of 8 races. Otherwise, another Larson win means it’ll come down to points and a lot of drivers will need everything to go their way.

Martin Truex Jr., who currently sits at sixth in the standings, won last time out at Martinsville in April. He beat out Denny Hamlin after passing him with 16 laps to go to take the lead, never giving it up. If he can repeat, then he’ll clinch a spot automatically, otherwise it’ll be up to the field.

Sporting News is tracking live updates and highlights from the XFinity 500 at Martinsville. Follow along below for updates throughout.

4:03 p.m.: Kyle Busch now gets hit with a penalty for speeding off of pit road and goes to the rear.

3:57 p.m.: Chase Elliott wins Stage 2. He has now locked himself in to the Championship 4 thanks to the points from the stage win. Joins Kyle Larson in the championship.

Chase Elliott has a 1.1-second lead over teammate William Byron and is 40 laps away from locking himself in the championship race on points.

3:36 p.m.: Chase Elliott can clinch one of the three remaining Championship 4 spots with a strong performance in Stage 2.

Did some checking with my Racing Insights friends and Elliott would clinch in this stage with a fourth (he needs 8 points and that would be 7 in the stage plus would get at least 1 from his finishing spot).

3:32 p.m.: Another caution out as Austin Dillon has a right front tire issue.

3:23 p.m.: Blaney’s woes continue as his car seems to be in serious trouble.

“Zero rear charge. No drive. No motor either,” Blaney reports of his car. #NASCAR

3:10 p.m.: Kyle Larson, who led for much of the day, now goes to the back after speeding on pit road.

PENALTY: Kyle Larson, too fast on pit road. Larson had just won the race off pit road over Chase Elliott.

2:58 p.m.: Obviously stage points are important, but no one can clinch after Stage 1.

No one can clinch after the first stage. Would have to be 45 points up on fourth on the grid (not fifth) to account for a driver outside the cutoff winning the race. https://t.co/G9j3OPddDR

Ryan Blaney with left rear fender damage after contact with Austin Dillon. Dillon has damage to the right front #NASCAR

2:49 p.m.: Elliott has reclaimed the lead but it’s not all smooth sailing.

2:43 p.m.: A caution comes out as Ryan Newman spins on Turn 4. Nimble effort by the others to avoid him.

“Oh man that was it,” Hamlin said after avoiding contact

2:39 p.m.: Denny Hamlin gets hit with a penalty for speeding off pit road and drops to the back of the pack.

2:34 p.m.: The competition caution has arrived with Elliott, Larson, Truex, Keselowski and Kyle Busch rounding out the top-five.

2:32 p.m.: And just like that, Chase Elliott takes the lead from Larson with two laps to go until the competition caution.

2:25 pm.: Blaney struggling here early and reporting major problems with his car, specifically the steering. Been passed several times and made contact several times as well.

A lot happening early. Chase Elliott and Martin Truex Jr. made contact in Turn 1 on the first lap, Denny Hamlin is trying to work his way through the field, and Ryan Blaney nearly got spun by William Byron. #Xfinity500 #NASCARPlayoffs

2:23 p.m.: 30 laps in and Larson has the lead followed by Truex, Elliott and Keselowski.

2:04 p.m.: Engines are fired and things are about to get interesting.

Engines fired for the Cup Series race at Martinsville Speedway. Stage breaks are laps 130 and 260 with a scheduled distance of 500 laps. Competition caution on lap 60. Chase Elliott the defending race winner. Kyle Larson starts from the pole #NASCAR

2:01 p.m.: Action slated to get underway in about 10 minutes. Here’s a look at the points race heading in.

The green flag for Sunday’s NASCAR Cup Series playoff race on Martinsville Speedway’s 0.526-mile short track is scheduled to drop at 2:12 p.m. ET Sunday. The track has lights, so the race can finish after sunset if there is a delay.

Weather conditions should ensure an on-time start. The National Weather Service forecast for Ridgeway, Va., where Martinsville Speedway is located, is for mostly sunny skies and a high temperature near 65 degrees. Winds could gust as high as 20 mph, however.

The bubble drivers figure to produce the most drama Sunday. Positions 4 through 7 are separated by six points. Kyle Busch is in the No. 4 spot but he’s just one point ahead of Ryan Blaney, the first driver out at the moment. The live standings will be volatile.

Elliott (34 points) and Hamlin (32 points) come into the race with sizable leads over Blaney as they sit in second and third in the standings, respectively.

Aside from the closeness of the standings, there’s another reason the four drivers below can have hope: A playoff driver who wins a race in the Round of 8 automatically qualifies for the Championship 4 race Nov. 7 at Phoenix Raceway. Problem is, only Larson has won a race thus far in the Round of 8.

Here is the complete starting lineup for Sunday’s playoff race at Martinsville Speedway, the Xfinity 500.