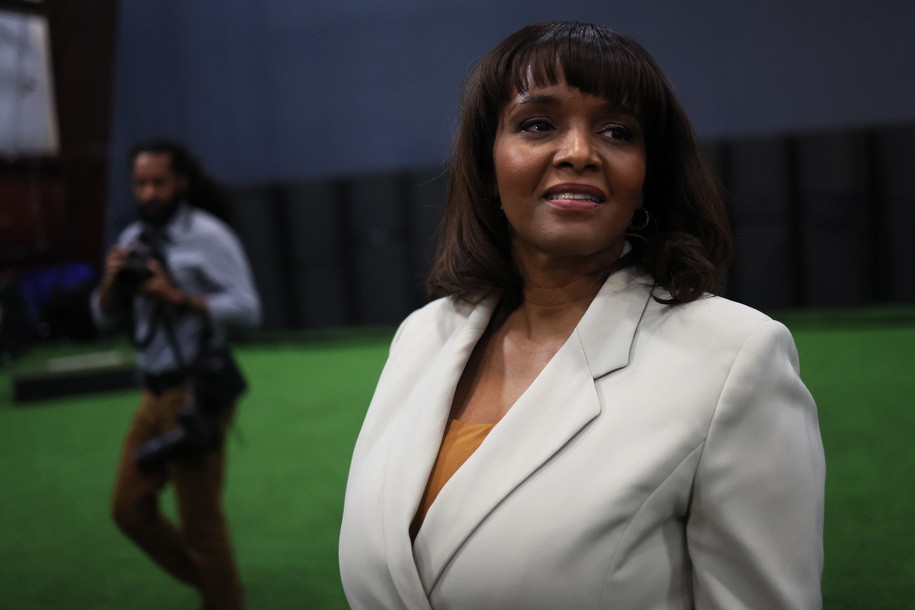 Less than a week before Pennsylvania’s Senate race, a new but controversial candidate has emerged. Known as a regular on Fox News, Kathy Barnette is quickly rising in the polls for Pennsylvania’s Republican primary. But this isn’t just a worrisome issue for Democrats; many Republicans believe that should she win the primary, they might lose retiring Pat Toomey’s seat.

According to Bloomberg, Barnette gained popularity for not only her extremist conservative views but her revelation of being the product of a sexual assault, which she has used to express her strong anti-abortion rights views. In addition to this, she has been a strong advocate for the “Stop the Steal” movement, organizing multiple rallies including buses to attend the Jan. 6 failed coup at the Capitol.

Oddly enough, while she gained much of her popularity through her involvement in Donald Trump’s debunked stolen election theory, Trump himself doesn’t support her. Trump released a statement on Twitter criticizing Barnette, saying she “will never be able to win the General Election against the Radical Left Democrats.”

“She has many things in her past which have not been properly explained or vetted,” Trump said, questioning her background and alleged military experience.

Others also questioned her experience.

“She claims to have served 10 years in the Army Reserves and to have been accepted for officer training,” said Rep. Frank Ryan, “but we don’t know the dates of her service or whether she completed the training or the rank she attained. In looking at the very few documents allegedly about her military service, the available facts do not correlate and that is troubling to me.”

In conversation with Axios, Toomey, the Republican senator vacating the Pennsylvania seat, said: “There’s a lot … voters don’t know about her. A lot.”

But her involvement in “Stop the Steal” and the fact that “she’s a mystery person” are not the only issues.

In several social media posts, she has falsely called former President Barack Obama a Muslim and said he “loves all things homosexual,” and that Islam “should be banned in the USA.” She even shared an article that said “pedophilia is a cornerstone of Islam.”

Of course, when asked about these comments, Barnette claimed her comments about the LGBTQ community, Muslims, and Obama were taken out of context and defended herself: “I’ve been very clear about who I am and what I believe.” But let’s be real, we’ve heard these excuses all before. Multiple posts and recorded incidents point to how homophobic and Islamophobic she really is.

In addition to her extremist views, Barnette has also gained popularity because of the personal stories of her upbringing she has shared. Painting herself as not only the product of a rape but a Black woman who worked herself out of poverty, Barnette has appealed to many who have not seen someone like her run for office.

According to Axios, the video gained popularity after the leaked SCOTUS option draft regarding Roe v. Wade. Many Republicans have argued that abortion policies should not include exceptions for rape and incest, and the video supports such claims.

While campaigning, Barnette has not only shared that she grew up on a farm without running water, but that she was the first in her family to even graduate from college.

Not to mention while there are only two Black women elected to U.S. Senate, neither is Republican.

According to WHTM, Barnette was endorsed by the super PAC “Club for Growth Action” on Wednesday. She was also endorsed by Pennsylvania gubernatorial candidate Doug Mastriano.

A recent Fox News poll released Tuesday found Barnette to be extremely close in support for the Republican primary when compared to her competitors, celebrity physician Mehmet Oz and former Bridgewater Associates executive David McCormick. She was less than 3% away from both. According to CNN, many believe Barnette is benefiting from Trump’s endorsement of Oz.

“MAGA does not belong to President Trump,” Barnette said at a recent debate while explaining why she did not receive Trump’s endorsement. “Although he coined the word, MAGA actually belongs to the people. Our values never, never shifted to President Trump’s values. It was President Trump who shifted and aligned with our values.”