Labor official wants an unusual remedy for Starbucks’ union-busting, this week in the war on workers 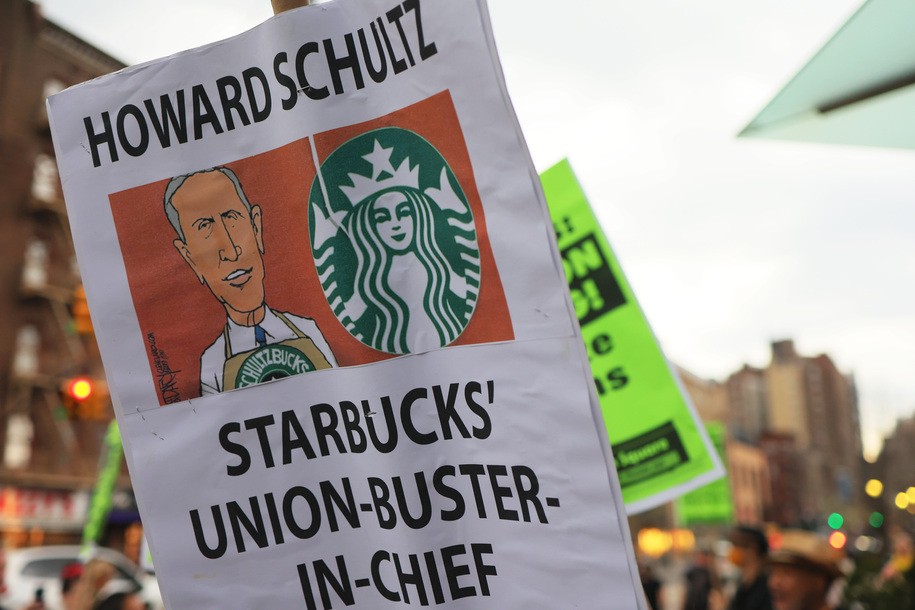 ● Sarah Jaffe reports on how the attack on teachers threatens the future of public schools:

The teacher shortage and increasing trend of teachers thinking of leaving the profession early runs counter to what research shows is necessary for learning and for children’s stability. “What we must have is a high-quality, experienced, certified, and stable public education workforce,” said Amy Mizialko, president of the Milwaukee Teachers’ Education Association. What kids need more than anything are teachers who stay in the profession and make long-term commitments.

And teacher turnover is higher in many states hostile to worker power and with less access to public services, like Arizona, Texas, and Montana. In Arizona, there are nearly 7 percent fewer teachers now than in 2019; in Montana, it’s 9.5 percent. Conversely, union power and grievance procedures tend to help teachers stay in the profession, Bahn said, and develop the skills that make them highly effective teachers. Yet right now, the Right and many supposed liberals and public education supporters are doubling down instead on attacking teacher unions.

● How the construction industry preys on workers newly released from prison, Katie Jane Fernelius reports at In These Times:

In New York City, ​“body shops” are non-union labor brokers in the construction industry that, Local 79 argues, target recently incarcerated people. While these people are no longer in prison, they often remain under community supervision, meaning that they have to regularly check in with a correctional officer to make sure that they are meeting all the conditions of their release, like holding down a job.

In some cases, workers were connected with these body shops through reentry organizations, which aim to help recently incarcerated people transition back into life outside prison, where employment opportunities can be difficult to find if you have a record. However, once these workers found themselves in those jobs, they frequently experienced low wages and even unsafe work conditions.

Daddy said growing up in the coal mines, one year for Xmas he got a toothbrush, the next year he got a bike, times were so unpredictable! I heard that story for years, finally relayed it to my grandma. She said, “Tell your dad he got his bike the year we got the goddamn union.”

● 50 years of class war in Wisconsin.

● School takeovers by the state of Massachusetts haven’t worked, according to a Boston Globe analysis—a particularly striking source since the Globe is usually all in on problematic education policies:

A Globe analysis of test scores, graduation rates, college enrollment, and a dozen other metrics in Lawrence, Holyoke, and Southbridge shows the state has failed to meet almost all its stated goals for the districts.

There was little or no improvement in English and science scores on the mandated Massachusetts Comprehensive Assessment System exams, or MCAS. Attendance rates have barely budged. Math scores and graduation rates improved in some districts, but only to a point and they still remain below average.