Ukraine Update: What was five Russian axes of attack is down to one: the Donbas 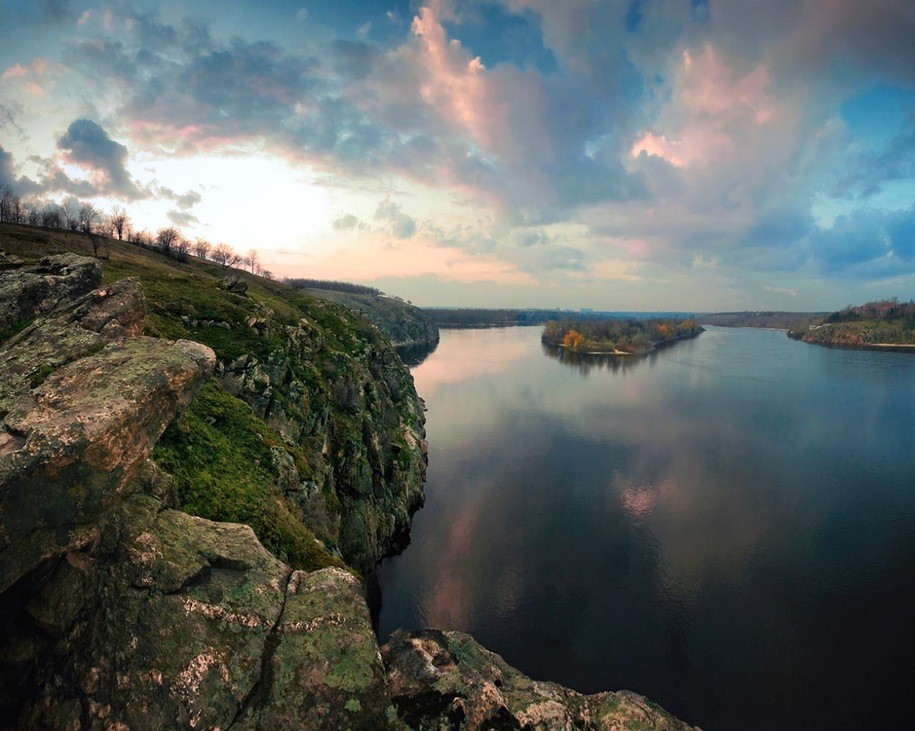 Happy Thanksgiving, all! Today is also the nine-month anniversary of Russia’s illegal invasion. Mostly going to do some bullet-point updates today. I’m cranking this out as quickly as I can, and am skipping self-editing. Everyone else is out today. So please forgive the raw prose and whatever grammar, spelling, and clarity mistakes might exist.

These are Vladimir Putin’s “allies” in the Collective Security Treaty Organization, Russia’s laughable response to NATO. Armenia is on its way out, pissed that none of the other countries in the organization (including Russia) came to its aid as neighboring Azerbaijan invaded and occupied large swaths of its territory a couple of months ago.

Two other member states—Kazakhstan Kyrgyzstan and Tajikistan—have been border-skirmishing the last two months. And Kazakhstan has cozied up to Beijing, with China warning Russia to stop trying and meddle in Kazakh affairs.

That latter development has, predictably, pissed off Russian nationalists.

Dmitry Drobnitsky, so-called expert in politics, stated on Russian federal TV that the next country where Russia would discover the “Nazis” could be Kazakhstan. This was in Solovyov’s recent show. pic.twitter.com/zja1489K9S

Oh boy did the Kazakh government not take this well, leading Putin’s spokesperson Dmitry Peskov to suggest people “not to listen and not to watch” Russian state propaganda. More awkwardness.

It’s a war-vehicle graveyard near Belgorod, Russia, near Ukraine’s northern border, with hundreds of damaged and destroyed tanks and armored infantry vehicles. Oryx, who maintains the database of visually confirmed equipment kills, is clearly flummoxed on dealing with this.

Ukraine currently claims it has destroyed 2,898 tanks and 5,839 armored vehicles. The Oryx database counts 1,505 Russian destroyed, captured, and damaged tanks, and 3,357 other armored vehicles. While the equipment graveyard above doesn’t close the gap, it certainly shrinks it and suggests that Ukraine’s numbers aren’t as crazy as some might think.

🇭🇺 Hungary has postponed ratifying accession protocols for 🇸🇪 and 🇫🇮 to join @NATO until 2023.

Here is where the ratification count stands now for current allies:

Hungarian strongman Viktor Orban claims he doesn’t oppose Swedish and Finnish NATO membership, and “next year” is barely a month away. That’s all academic regardless, because the real roadblock is Turkish president Recep Tayyip Erdogan. That one may be on hold until Turkey’s next presidential elections next June.

Indeed, Turkey’s big beef is Scandinavian support for the Kurdish plight in Turkey, Iraq, Syria, and Iran (yet another place where arbitrarily drawn colonial borders continue to split people and create intractable instability). This is also a point of conflict with the United States—two days ago, Turkey bombed a base in northern Syria used by Kurds, Syrian allies, and … our own forces (though none were present at the time of the attack). To say the situation is delicate is putting it mildly, and it’s hard to see Erdogan being placated any time soon.

In the Bahmut sector, according to open sources, Wagner PMC fighters have established firm control over the garbage processing plant on the southeastern outskirts of the city.

Ukraine liberates entire oblasts and the only regional capital Russia ever managed to capture, and Russia brags about capturing a garbage dump, literally. Mark Sumner has joked in the past (quoting commenters, I believe) how the battle of Bakhmut reads like a battle for a mall, “Fighting once again at the T.J. Max!”

Russia is a terrorist state.

Ukrainian city of Kherson was shelled by the Russians this evening; fires broke out in the residential area as a result.

The regional administration informed about at least 4 killed and 6 wounded. pic.twitter.com/g1TluB4SnO

Barbarians. There is zero military value in these attacks on residential neighborhoods. Russia is attempting to terrorize Ukrainian civilians into submission.

Oh this is good data viz:

The amount of shelling locations reported by the UA general staff was higher than usual today. We can see the hot spots are Svatove, Bakhmut and Donetsk. pic.twitter.com/asRkVxEjPw

This was once a five-front war—Kyiv, Sumy, Kharkiv, Donbas, and Kherson. All that remains today is Donbas—northern Luhansk (Svatove), and Donetsk (Bakhmut, Donetsk City environs, and Pavlivka/Vulhedar).

Ukraine has systematically pushed Russia into that single front, where it remains incapable of mounting any serious strategically-relevant offensive operations. On the downside, Russia can now concentrate all of its forces, including artillery, into a much smaller front line. Sure, Ukraine can do so as well, but it means that this meat-grinder of a front is becoming even more deadly for both sides.

Ukraine will want to avoid a repeat of the April-June Battle of the Donbas attritional war. Russia has a near-endless supply of mobilized cannon fodder for suicide attacks on Ukrainian trenches. It’s similarly difficult to advance on that mass of Russian bodies in reinforced defensive positions. The key will be to continue degrading Russia’s command and control and logistics. That means Svatove and Starobilsk are must-takes, as those would knock the Belgorod hub out of the war, forcing Russia to route supply lines to Ukraine’s eastern border, as well as Melitopol, which would collapse the Russian presence in southeast Ukraine, cut any remaining supply lines from Crimea, cut its water, and leave it open to Ukrainian liberation.

At that point, we’d be mostly back to the February borders in the Donbas, with Russia severely depleted. It’s no accident that war videos today are mostly exposed Russian infantry getting shredded by drones and artillery, with very little Russian armor in sight. They’ve got nothing left but lives to throw into the grinder.

That means we can expect many more months of mass death around Bakhmut and Svatove and other settlements around those “hot” areas on the map above, as Ukraine merely holds its ground while plotting strategic advances toward Melitopol/Crimea in the south, and Svatove/Starobilsk in the northeast. Sucks for those poor Ukrainian stuck in those trenches. What a nightmare.

My guess? And this is a guess, not a suggestions or demand—Once Ukraine has pushed Russia back to the original February Donbas borders, with Russia’s southern Crimea positions under real Ukrainian threat, the possibilities of negotiations becomes real.