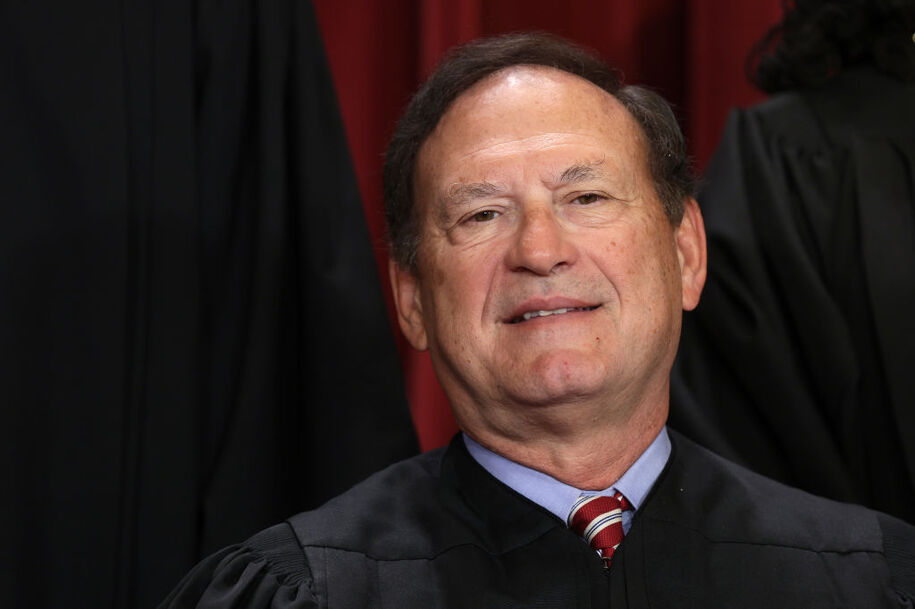 According to The New Civil Rights Movement, Alito’s comments came after Jackson outlined in detail a scenario in which a photographer would be recreating a Christmas scene from the 1940s in sepia tones with Santa Claus and (exclusively) white children to make it historically accurate.

Jackson then asked Kristen Waggoner, the ADF’s attorney, if the photographer would have to admit to refusing to take photos of Black children with Santa. Would that be legal, she asked.

McCarter writes that Waggoner “refused or failed to give a clear answer.”

Then things got surreal. And Alito, who seemed to completely misunderstand Jackson’s analogy, commented about a hypothetical Santa who didn’t want his photo taken with Black children.

“So if there’s a Black Santa at the other end of the mall, and he doesn’t want to have his picture taken with a child who is dressed up in a Ku Klux Klan outfit, now does that Black Santa have to do that,” Alito asked.

To which the Colorado Solicitor General Eric Olson responded, “No, because Ku Klux Klan outfits are not protected characteristics under public accommodation laws.”

Then Justice Sonia Sotomayor said, “And presumably … that would be the same Ku Klux Klan outfit, regardless whether if the child was Black or white or any other characteristic.”

But the inane exchange didn’t end there.

With thousands of Americans tuned in, Alito joked, “You do see a lot of Black children in Ku Klux Klan outfits all the time.”

Justice Alito jokes with Justice Kagan that, “You do see a lot of Black children in Ku Klux Klan outfits all the time,” during oral arguments in a free speech case. pic.twitter.com/QoCfDVhuEQ

And then social media chimed in.

Justice Alito literally just compared a white kid in a KKK outfit taking a picture with a black Santa (being offensive) to a gay couple wanting a website designed for them by a religious bigot.
These people are not wise.
Not above us.
They deserve no respect or restraint.

“Justice” Alito comparing LGBTQ+ families to the KKK is a despicable new low for him and the Supreme Court.

He is deliberately demonizing LGBTQ+ Americans and mainstreaming the Klan with a false equivalence far more sinister than gaslighting — it’s criminalizing homosexuality. https://t.co/oPBC7J9vqW